The exiled Iranian Mehran Karimi Nasseri, who inspired the creation of Steven Spielberg’s movie The Terminal, died of a heart attack on Saturday (November 12) in Terminal 2F at Charles de Gaulle Airport in Paris. Mahran has been living there again in recent weeks. Read on to find out more about this man, who lived an unconventional final life. 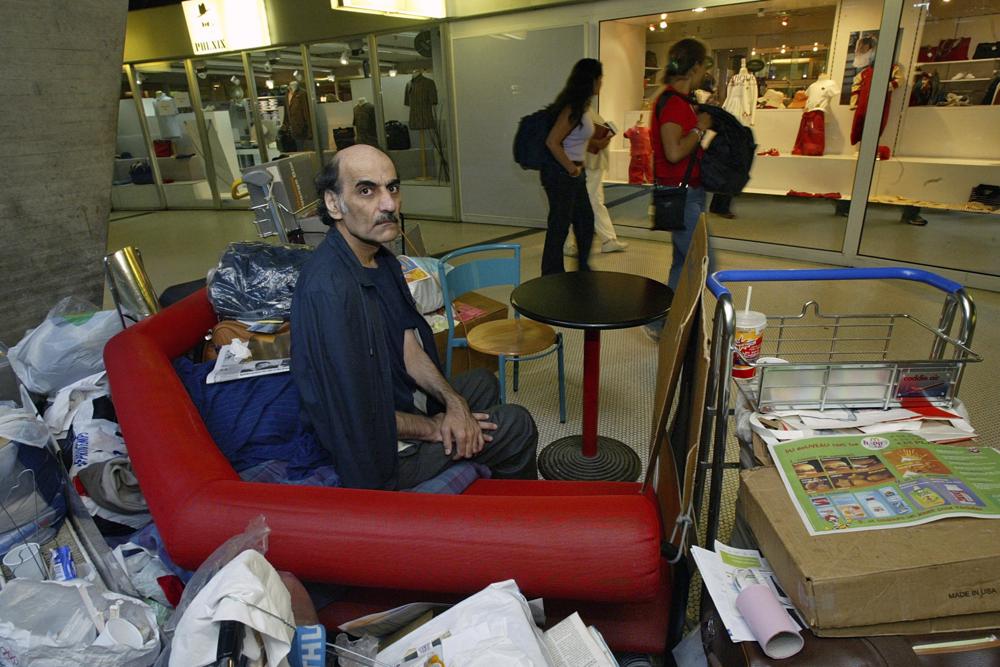 Who is Muharram Karimi Nasseri? Mehran Karimi Nasseri, who was 76 years old at the time of his death, was born in the Anglo-Persian Oil Company settlement located in the Suleiman Mosque, Iran. His father was a doctor in the said company, while his mother is believed to be a nurse from Scotland and works in the same place.

Nasiri arrived in the United Kingdom in September 1973 to pursue a three-year course of Yugoslav studies at the University of Bradford. Also known as “Sir Alfred”, he was allegedly expelled from Iran in 1977 during protests against the Shah. It also sparked controversy when it was claimed that he was allowed to stay in several European countries, but this claim was disputed, as investigations revealed that he was never expelled from Iran.

Nasseri landed in Terminal 1 of Charles de Gaulle Airport and settled there in 1988 after Great Britain refused him asylum as a refugee. Having declared himself stateless, living at the airport became a deliberate choice. He was always seen carrying his luggage at his side, spending most of the time reading and writing notes and studying economics.

All about the death of Mehran Nasseri… Mehran left the airport for the first time after being hospitalized in 2006. But after that, he actually spent 18 years in the building. His status became the inspiration for Steven Spielberg’s 2004 film The Terminal, starring Tom Hanks as an Eastern European man who resides at New York’s John. Kennedy Airport after he is denied entry to the United States. Nasiri reportedly earned about $250,000 to sell his story.

It was reported that Nasseri was so excited about this movie, he carried a poster advertising for this movie at the airport. He even wrapped a movie poster on his bag next to the seat. However, he was not likely to get a chance to watch it in cinemas.

Naseri also wrote an autobiography titled “The Terminal Man” which was published in 2004. The Iranian man died yesterday (November 12) of a heart attack in Terminal 2F at the airport. It was reported that the police and medical staff were ultimately unable to save him. The report notes that “officials have stated that Nasseri has been living at the airport again in recent weeks.”

Nasseri’s story also became the inspiration for the 1993rench film “Tombes du Ciel”, which was released internationally under the title “Lost in Transit”. Nasseri’s life has also been chronicled in a GQ short story “Aifteen-Year Pause” and a documentary, Waiting for Godot in de Gaulle (2000).

Who is Amy Roiland? Meet Justin Roiland’s sister who is involved in the TikTok Drama