Grieving the loss of his cousin to the knife crime epidemic, Tyson Fury wrote: “You don’t know how bad it is until it’s yours.”

I know exactly what the boxer means. My family also has an empty space in their hearts because of knives.

On 29th June 2008, my younger brother Ben went to Islington, North London to celebrate the end of his exams. He never came home.

At just 16 years old, he was stabbed 11 times in an unprovoked attack. His life was gone almost before it began.

I will never forget the horrible memories of being at the hospital where Ben was taken and being told by the nurses that they couldn’t reach him.

Annoyed, my mom and dad rushed to her bedside while the rest of us stayed in the waiting room. We fell in sorrow. 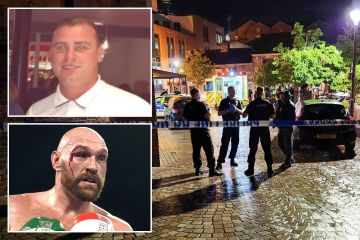 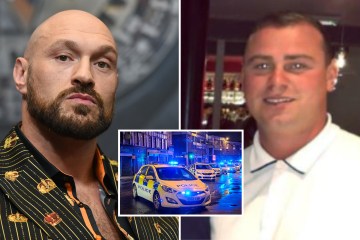 Then came the moment when we were taken to see Ben after he died.

Despite the trauma, her beautiful face was completely unscathed. It was then that he became painfully aware that he would never come home.

So when I heard that Tyson’s cousin, Rico Burton, was one of the latest to die in this never-ending bloodbath, I was heartbroken.

It breaks my heart to know exactly what the family is going through.

That is why I established the Ben Kinsella Trust in 2008 in memory of my brother. He works tirelessly to prevent others from experiencing my family’s grief and pain.

Like thousands of others, I never thought I would lose someone I loved to a stabbing. I admit that I read about this before, think about it, then turn the page.

But anyone can be a victim. Knife crime is as indiscriminate as it is senseless. It makes no difference between age, gender or social class.

Along with the death of Rico Burton in Altrincham, Greater Manchester in the past few days, a 15-year-old boy, Deshaun James Tuitt, was fatally stabbed in Highbury Fields, North London, just minutes away from where we lost Ben.

Grandfather Thomas O’Halloran, 87, who used a mobility scooter, died after being stabbed in Greenford, West London.

It’s been 14 years since Ben was killed. Despite repeated promises by politicians to tackle the problem, the knife crime crisis is getting worse, not better.

The knife epidemic continues to grow, with hundreds of people maimed or killed by this horrific crime every year.

Shockingly, knife crime in the country has increased by more than 40 percent in the last decade.

Figures from March 2022 show a ten per cent rise in knife crime in England and Wales in the previous 12 months.

In 2021, 30 teenagers were killed by knives or sharp objects in London – the highest number since records began in 1945 at the end of World War II.

I will never forget the horrible memories of being at the hospital where Ben was taken and being told by the nurses that they couldn’t reach him.

The police force with the highest rate of knife crime in 2021 is Cleveland, Yorkshire, with just 72 crimes per 100,000 people.

However, criminals who are repeatedly caught carrying knives are not arrested in almost half of the cases.

Official figures show that in 2021-22, 2,400 of the 4,200 people convicted under the 2015 law requiring minimum sentences for two gun convictions were jailed. Others received suspended sentences, community orders, fines or dismissals.

In these dark times, the fight against knife crime can seem hopeless.

However, in memory of our loved ones, we must all do what we can to bring about change, including the police, government, schools, parents and society as a whole.

In September 2008, he led the Ben Kinsella Trust People’s March, where hundreds of people demanded changes to knife crime laws.

The Ben Kinsella Trust also educates more than 4,000 young people each year about the dangers of knife crime and gives them advice on how to stay safe.

But knife crime is like a noxious weed with its roots rooted deep in our society.

The actions we’ve seen from politicians have cut the weed’s head off – only to grow back and grow stronger.

Governments and administrations move on quickly and leave little or no legacy behind.

We need politicians from all parties to agree on a long-term strategy to address this. Not just law and order, but the root causes of prevention and intervention.

Otherwise, in another decade, we’ll be back here again, planting more flowers, mourning the loss of yet another promising young life, and wondering how and why we let this happen.